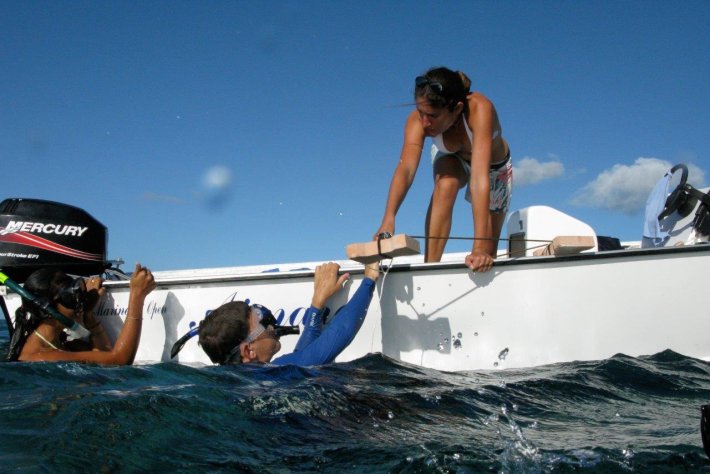 Search for meeting opportunities among 44 conferences and platforms

7th Annual International Conference on Travel and Sustainable Tourism for Peace and Development - 7 December, 2020, United Nations One week of High Level Meetings, Crossing the Spheres of the Stakeholders The halfway point between the PORTO-ALLEGRE FORUM and the DAVOS FORUM ; the platform for the creation and development of projects for peace and SDGs.

Please forward to everybody you know active in the domain.

Bellow the Call for Contributions (Call for Abstract).

For all proposal of communication for the Program, please use the form on this page.

Call for Contribution 2020 : International Annual Conference on the Travel and Sustainable Tourism for Peace and Developmentin the frame of the 12th GENEVA FORUM, December 7-11, 2020United Nations, Geneva, Switzerland

This annual space of sharing results and pooling of skills, allow to the actors of the domain to exchange practices, solutions, ideas, needs.

In the following of the national and continental meetings that are organized in each country and continent by the local federation, this International Annual Conference at United Nations allow the actors to implement in consultation, or to inform mutually, of progress and actions they lead during the year, or that they have in project.

The participants at this Conference are:

Subjects that are in the agenda of this year are:

Exchanges between stakeholders of the meeting will happen in a round table between speakers and debates with the audience of the Assembly.

Here the Programme of the 5 days of GENEVA FORUM of December 2020, where are described the days dedicated to the Conference on Tourism and Science for Peace and Sustainable Development Goals.

Session organised by Objectif Sciences International in the frame of the International YEar of Sustainable Tourisme for Development.

Tourism industry has grown exponentially in the past decades and with it the consequent environmental and social impact. Tourism has shown a strong potential to provide positive cultural, social and even environmental return to the countries and tourists involved. Third party reliable and transparent sustainability certifications can both reduce the negative impacts of tourism and enhance its positive return. 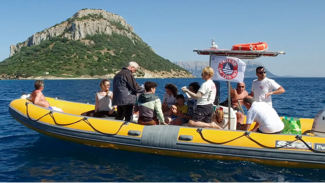 Friend of the Sea and Friend of the Earth certifications and environmental projects and campaign, jointly with the involved companies and institutions, are playing an important role in the movement towards a sustainable tourism, just like they lead the sustainable food movement.

Impact of the security crisis linked to terrorism on tourism in the G5 Sahel Region: Case of Burkina Faso ORAL PRESENTATION 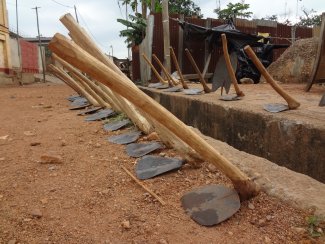 We will first present the G5 Sahel Region (creation and legal nature, objectives, main bodies and strategy). Then, a presentation of Burkina Faso and its tourism sector (tourism potential, public policies and socio-economic fallout) before the start of the security crisis linked to terrorism. We will also expose the nature and manifestations of the security crisis linked to terrorism in Burkina Faso and the impacts on tourism activities and the economy. We will finally share with the participants the solutions and perspectives.

During the last 25 decade due to militarization and political conflict Chittagong Hill Tracts deprived of their human rights, livelihood, life security and also their identities. A thousand of valuable lives lost for ever and many of the people had to leave their houses and property due to their life security and move here and there as internal refugee and some other left their mother land to the neighbouring country India. After historical Peace Treaty Hilly people expected to see the ray of hope but it is under full swing implementation. Therefore the situation not yet changed. No development activities successfully implemented by the Government or the development Agency due to lack participation of community people. Thus total population of Chittagong Hill Tracts some how affected or victimized during the insurgency period.

The total ethnic communities were not aware about education and they live in remote, mountainous and inaccessible areas. Therefore, they remain deprived from any facilities and services. The KOTHOWAIN organization (Vulnerable People’s Development Organization) established in 2003 by some social development activist in response to the issues of extreme poverty, low literacy rate, social and political conflict, eroding cultural identity, environment, and high incidence of human rights violations among the indigenous peoples in the Chittagong Hill Tracts of Bangladesh. Now many children are going to Universities and colleges after completion of primary level that supported by KOTHOWAIN. Right now, the communities strongly raised the voice that Education is Life for survival and sustainable development.

Southern Province of Sri Lanka has been a unique historical destination for the international trade as well as modern tourism industry since 1960s. The ongoing tourism practice in this region has been diversified into an array of impressive activities at different geo-climatic sites such as exploring history, culture and architecture, watching biodiversity, uncovering societies & ways of life, engagements in adventures and sports etc. These activities are done either as a part of round tour packages or by exclusive tourists to such sites. 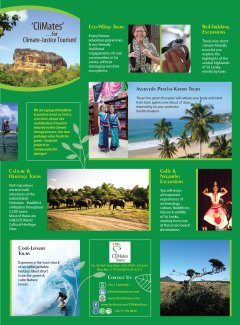 According to the 5A definition, the tourism industry is an assemblage of Attractions, Access, Accommodation, Activities and Amenities. Thus, in order to satisfactorily engage in activities at attractions, tourists must be supported with infrastructure developments such as accommodation facilities, restaurants, bars, information centers, activity businesses and so on. Unfortunately, most of the constructions for such facilities are permanent as well as close to the coastal belt or river banks. Galle city, the capital of Southern Province of Sri Lanka, daily accommodates a large volume of population of both resident and transit locals as well as domestic and foreign tourists. Therefore, an appropriate infrastructure arrangement should be set up there with a management system for daily waste outcome, clean water demand and sanitation.

Such a management system for daily waste outcome should encompass a strategy to control the coastal pollution with single-used plastic and introduce a plastic re-cycling facility. In other words, that system should bring about an eco-friendly mechanism that prevents the transferring of single-use plastic stuff via waterways to the coast and direct local people for an industrial plastic recycling process or manufacturing alternative bio degradable stuff.

Perpetuating transiency: The Creation of Heritage by the Buddhist Perspective ORAL PRESENTATION

This paper is about the heritage in Buddhist place. In an attempt to go beyond a more traditional descriptive approach, the proposal aims at bringing forward a discussion about the definition, or rather the multiplicity of definitions, of the concept of heritage as such. The unavoidable tension emanating from a modern western frame of thought being applied to the geographical and cultural setting of the study provides an opportunity to develop a criticism of some of the assumptions underlying our current definitions of heritage. For this particular study, heritage is defined as to include stories, places and things. It is a heritage that is complex and ambiguous, because the stories are apparel, the definition and perceptions of place are manifold and contested, and the things and their meaning appear altered, depending on what approach to materiality is used. The objective is not to propose how to identify and manage such complex heritages. Rather, it is about what causes this complexity and ambiguity and what is in between the stories, places, and things. In addition, this paper aims to critically deconstruct the contemporary heritage discourse, which privileges material authenticity, form and fabric and the idea that heritage values are universal and should be preserved for the future and preferably forever. 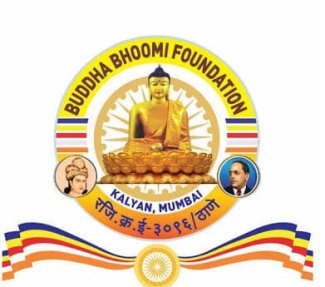 In this context, the notion of material impermanence also governs the perception of reality. Approaches to materiality in Buddhism are related to the general ideas that things are important from a contemporary perspective and primarily as containers for spiritual values, that the spiritual values carry the connection to the past, and that heritage is primarily spiritual in nature and has little to do with physical structure and form. By exploring the concepts of restoration, destruction and consumption in such a perspective, we understand that preservation and restoration are active processes of materialization. We also understand that destruction and consumption are necessary for the appreciation of certain heritage expressions, and that heritage is being constantly created. With this understanding this paper in an argument for challenging contemporary western heritage discourse and question its fundamental ideology of preservation.

Sustainable Management of the Busiest Mountain in the UK ORAL PRESENTATION

Yr Wyddfa (Snowdon) is the most popular mountain in the UK, and the effect this has on people who work and live in the area is significant. The Yr Wyddfa Partnership - developed and established by Helen Pye, Snowdonia National Park Authority - launched a ground breaking plan for the sustainable management of the mountain. Ms Pye will detail the steps required to established such a partnership and management plan, and the projects that have been implemented as part of this innovative scheme. 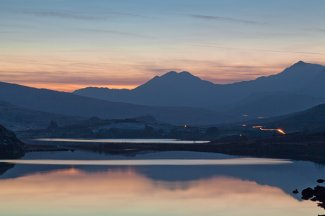 The trip in the course of the trees Pyralidae and Springtails created by OSI present :

The pyralidae, an invasive species that destroys every bush in its path ! However, we don’t know everything about them .... The number of times they moult is still unknown and predators hapve been discovered by OSI ! The springtails are super heroes invisible to the naked eye ! Yet without them we cannot live ! They provide nutrients and aerate the soil better than anyone else ! I’m going to talk about the Water Watch trip which was about the study of micro-plastics. I will explain how we did it and what tools we used and why it was necessary to carry out these experiments. All the experiments and results were carried out at the University of Lausanne in the l’Eprouvette laboratory. I will talk to you about the decrease in whitefish and what the main factors behind this are.

For the registration form, see below.

To Propose an Abstract for Presentation

Registration Form to the Event

What kind of actor can paticipate in the conference ?

The GENEVA FORUM is an annual meeting of the community concerned with sustainable tourism. The different national, regional and international actors from different countries and from the different disciplines associated with this theme will be here to share their practices, experiences and knowledges. To meet this multitude of stakeholders, such as :

Reply to this message

How to register to the GENEVA FORUM ?

To register, you need to : 1) Check the relevant pages of the conference to get the appropriate information 2) Fill out the pre-registration form by clicking on this link :http://www.osi-genevaforum.org/Registration.html 3) Please ensure that you have received the necessary instructions (check the spam folder) for your registration 4) If you are going to give a presentation, fill out the second registration and confirmation form.

Reply to this message 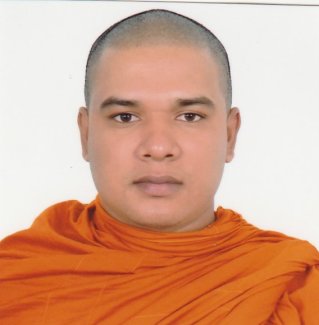 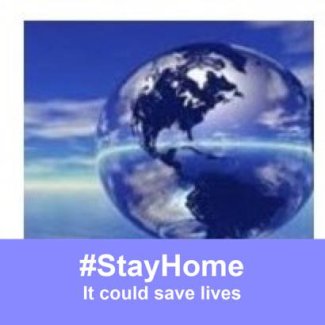